• The publication of guidelines by the European Commission on the eligibility of Israeli entities for EU cooperation is the culmination of a concerted policy initiative led by the EU High Representative for Foreign Affairs, Catherine Ashton, directed against Israel's settlements in Judea and Samaria [the West Bank] to press the Israeli government into making territorial and political concessions.

• This unprecedented and hostile EU fixation with Israel and its settlements is based on a series of long-standing and deliberately misleading and flawed legal and political assumptions regarding the illegality of Israel's settlements and the status of the pre-1967 armistice lines as Israel's border.

• Similarly, they negate the very positions supported by the European states that endorsed UN Security Council Resolution 242 from 1967 calling for "secure and recognized boundaries," and negate the EU's own commitments as signatory and witness to the Oslo Accords not to predetermine and undermine specific negotiating issues including the final status of the territories, borders, settlements, Jerusalem, and other issues.

• Article 49 of the Fourth Geneva Convention (1949), often cited as the basis for the claim that Israel's settlements are illegal, relates to deportations of over 40 million people subjected to forced migration, evacuation, displacement, and expulsion in World War II. The vast numbers of people affected and the aims and purposes behind such a population movement speak for themselves. There is nothing to link such circumstances to Israel's settlement policy.

• The rigid fixation of the EU to assert that its agreements with Israel must reflect the non-recognition of Israel's sovereignty over any territory beyond the 1967 lines stands out in contrast to European policy toward other conflicts.

• The EU has many free trade agreements and understandings with countries whose territorial boundaries are in dispute. The EU has been negotiating a free trade agreement with India, yet its applicability to Kashmir is not under discussion. An EU fisheries agreement from 2005 allows European fisherman to operate in Western Sahara, even though the EU does not recognize Moroccan sovereignty in this territory.

Amb. Alan Baker, Director of the Institute for Contemporary Affairs at the Jerusalem Center for Public Affairs, is former Legal Adviser to Israel's Foreign Ministry and former Ambassador of Israel to Canada.

For further facts and information on this subject read: http://tinyurl.com/l4pha7s

Arab Christians: Israel only state worth fighting for

By Ryan Jones on July 3, 2013
http://balfourpost.com/arab-christians-israel-only-state-worth-fighting-for/

Arab Christian residents of Nazareth who proudly serve in the Israeli army and encourage their children to do the same are coming under increasing attack, and Israel is starting to take notice and come to their aid. 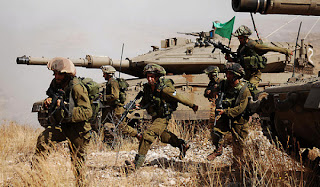 For a number of years now, a group of Nazareth Christians who are officers in the Israeli army have been actively recruiting young local Arabs to follow in their footsteps and serve the Jewish state.

Though not an officer himself, one of the main figures in this movement is Greek Orthodox cleric Father Gabriel Nadaf. Late last month, the Greek Orthodox patriarch in Jerusalem, acting on demands from Muslim Arab members of Israel’s Knesset, threated to fire Nadaf.

On Wednesday, Israel’s Attorney General’s Office announced that it had opened an investigation into the activities of the Muslim Knesset members who pushed for Nadaf’s dismissal.

“It’s unacceptable that Arab MKs should think that they can be Trojan horses in the Knesset and send letters of incitement against a Christian priest who encourages young Christians to enlist in the IDF,” said Likud MK Miri Regev during a Knesset Interior Committee hearing on the matter.

Many Arab politicians vehemently oppose Arab participation in Israeli national service for fear it will legitimize the existence of the Jewish state (which pays their paychecks).

Meanwhile, the pro-Israel Arab Christians of Nazareth are becoming increasingly bold in their stance, and even dared to hold a public gathering late last month to toast the achievements of their new forum whose goal is convincing more young Arabs to join the army, as reported by Israel’s Ma’ariv newspaper.

“We chose to hold the conference to demonstrate that nothing will deter us,” forum spokesman Moran Khaloul told the newspaper. “We don’t live in Syria, where Christians are not allowed to speak…or in Iraq, where churches are bombed. We live in a Jewish state, which is democratic and free. As Israeli Christians we see ourselves as part of this state and not as part of those who oppose it.”

Khaloul said that until now, many in the community had been too afraid to speak out, but that was going to change. Many are now even referring to themselves openly as “Israeli Christians.”

Ali, an organizer for the forum, noted that local Arabs see what is happening across the Middle East and realize that Israel is the only place in the region where Christians can feel safe and belong. “That’s why more and more of us are realizing that there is no other country here that is worth fighting for,” he added.
Some went even deeper in their reasoning for joining the army of the Jewish state.


Henry Zahav, a 12th grader who intends to join the IDF gave this moving answer when asked byMa’ariv why he made that decision: “Ultimately, from a religious point of view, we are one. Jesus was a Jew, his mother was a Jew, and his 12 disciples were Jews.
Posted by BIG Diary at 11:42 AM 4 comments: 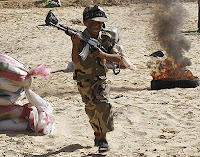 If you are feeling lost for ideas for what you can get you kid to do this summer, we have got the camp for you.

Islamic Jihad's have invited thousands of children to their summer training camp. At this camp the children will get to pick up an AK-47, and with that AK-47 they will participate in training events that range from shooting practice, fire jumping and IDF outpost attacks. 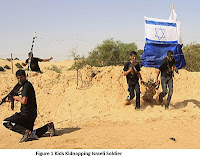 In a somewhat unorthodox summer camp in the Gaza Strip, children aged between six and 16 picked up AK-47s and engaged in a series of quasi-military drills, including a lively game of "kidnap an Israeli soldier" in the sand dunes of Rafah.

An AFP correspondent listed some of the activities the Islamic Jihad summer camp offers its enrollees: Weapons use, jumping over fire and crawling under barbed wire, all performed to the tune of exploding charges. 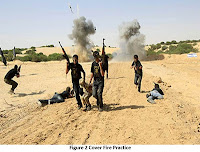 Several photographs released on Wednesday show a young khaki-clad vacationer, his face colored in camouflage, dragged by two gun-toting tykes from an "outpost" adorned with an Israeli flag, in what appeared to be a reenactment of the Gilad Shalit kidnapping.

AFP reported that the summer camp organizers expect the participation of thousands between the ages of six and 16.

Now that you've read up on some of the great activities your son could be doing (obviously not your daughter, they'd probably use her for stoning to death practice) aren't you now wondering where to sign him up?

Isn't this just appalling? They have sunk to the bottom of all lows, using children to spread their hatred propaganda. Children should never be used as political bait, they should never be trained for the military front line. These people should be ashamed of themselves.

These kids won't hesitate to tell you they aspire to fight the Zionist enemy and kill them wherever and however they can. From toddlers on up, they're indoctrinated to hate and kill by their families, teachers, goverment and spiritual leaders.

Ynet quoted one kindergarten-aged child who said, "I love the resistance and the martyrs and Palestine, and I want to blow myself up on Zionists and kill them on a bus in a suicide bombing."

It is probably another tactic. Hamas and the other anti-Israeli organisations in the Gaza strip know that the IDF will go to all lengths to avoid killing innocent civilians and children. This has to be a political game, play with the heart strings of their enemy, because I am sure they don't even know what a heart is.